​Jon Arenberg '79 - AEROSPACE​
Jon Arenberg is a member of the Class of 1979 at Samohi, where he was involved in student government (including holding the position of ASB President) and competed in track and cross-country all three years. After graduating from Samohi, Jon attended UCLA where he earned his BS in physics in 1983, followed by an MS in 1985 and a PhD in engineering in 1987 as a Howard Hughes Fellow.

Currently employed by Northrop Gumman, Dr. Arenberg is the Chief Engineer of NASA’s James Webb Space Telescope. He has received several awards from NASA and is a member of the US and international committees charged with developing standards for use in lasers and electro-optics. He is the author of over 180 conference presentations, papers, and book chapters, holds a dozen European and U.S. patents, and is a referee for several journals.

While at UCLA he began to lift weights and went on to win several state and national titles and the US Open National championship twice. He has represented the US in the Pan-Am Championships, World Championships, and World Games, and some of his records still stand.

Jon has served on the Board of the Friends of the Santa Monica Public Library for almost 25 years and was its President. He was also founding board member, VP and eventually President of the Samohi Alumni Association. 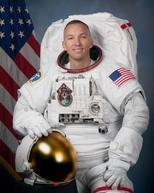 ​Randy Bresnik '85 -  ASTRONAUT
A graduate of the Class of 1985, Randy has logged two different missions into space, with the first accomplished in 2009 and he spent six months overlooking Planet Earth in 2017 inside the International Space Station.

His presence will inspire future generations of Vikings to seek greatness in their own lives.

Susan Crawford '80 - LAW & TECHNOLOGY
Susan Crawford graduated from Samohi in 1980, received a B.A. and J.D. from Yale University, and is currently the John A. Reilly Clinical Professor at Harvard Law School, where she teaches Internet law and communications law. She was a member of the board of directors of ICANN from 2005-2008 and is the founder of OneWebDay, a global Earth Day for the internet that takes place each Sept. 22.

Susan is one of Politico’s 50 Thinkers, Doers and Visionaries Transforming Politics in 2015; one of Fast Company’s Most Influential Women in Technology (2009); IP3 Awardee (2010); one of Prospect Magazine’s Top Ten Brains of the Digital Future (2011); and one of TIME Magazine’s Tech 40: The Most Influential Minds in Tech (2013). She is the author of “Captive Audience: The Telecom Industry and Monopoly Power in the New Gilded Age,” co-author of “The Responsive City: Engaging Communities Through Data-Smart Governance,” and a contributor to WIRED. 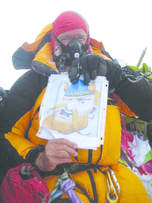 John Dahlem '61 - MOUNTAINEERING
John Dahlem (Samohi Class of 1961) is a past president of the California Scholastic Federation and has been a teacher, coach, and principal with the Anaheim School District for many years. He was inducted into the National Wrestling Hall of Fame as a coach in 2007. However, his most unique and “extreme” achievement involves a hobby he didn’t take up until later in life: mountain climbing.

Upon summiting Mt. Everest in 2009 he became the second-oldest American to do so and in 2013, when he reached the South Pole, that cemented his place in history as the oldest person ever and one of just nine Americans (and 41 people total) to complete the Explorer’s Grand Slam: climbing the highest point in each of the seven continents and reaching both poles.

After Samohi, John attended the University of Oregon, where he was president of the Sigma Chi fraternity and a member of ROTC. He then went on earn a master’s in Latin American history before accepting a commission as a lieutenant and joining the Army. He was a company commander during the Tet Offensive and received a Bronze Star for his service in Vietnam. After his honorable service he returned to Southern California to pursue his passion—teaching psychology and Californian history. 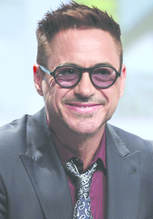 Robert Downey, Jr. - ENTERTAINMENT​
Robert Downey, Jr., is a Samohi grad from the Class of 1983, is recognized worldwide by both name and sight due to his exceptionally successful acting career, which began at the age of 5.

His first critical acclaim was the result of starring in the movie Chaplin, for which he received an Oscar nomination and a Best Actor in a Leading Role award from the British Academy of Film and Television Arts in 1992. Amongst many other well-received roles he has played Sherlock Holmes in two movies that grossed over $500 million each, was nominated for a Best Supporting Actor Oscar in a comedy called Tropic Thunder in 2008, and won a Golden Globe for his role as Calista Flockhart’s love interest in the popular series Ally McBeal. He is commended by his co-stars for having a strong work ethic and dedication to his roles.

Downey’s real golden ticket has come in the form of playing Tony Stark (aka Iron Man), the central character in Avengers and related films over the past 10 years, all but one of which have earned at least $500 million. His latest, Avengers: Infinity War, has grossed over $2 billion internationally so far.

It is estimated that the total worldwide gross for Robert’s films is over $11.5 billion and he is currently the third-highest grossing U.S. domestic box office star of all time.

Robert will be inducted to the Hall of Fame on campus during the 2018-2019 school year. He is currently filming on location.

Sandra Tsing Loh '79 - ENTERTAINMENT​
Sandra Tsing Loh, Samohi Class of 1979, is a graduate of California Institute of Technology, where she earned a BS in physics and a Distinguished Alumna Award and she is currently an adjunct professor of visual art and science communication at the University of California, Irvine.

But for most people, Sandra is more recognizable as an author and commentator on NPR’s and PRI’s “Morning Edition,” “This American Life,” and “Marketplace,” or perhaps from her currently weekly segments, “The Loh Life” and “The Loh Down on Science.”

Many of Ms. Loh’s written works have received recognition. Her book “My Year of Raging Hormones” (2014) was selected as one of the New York Times’ 100 Most Notable Books and “If You Lived Here, You’d Be Home By Now” was named by the Los Angeles Times as one of the 100 Best Fiction Books of 1998.

Loh’s creativity seems to know no bounds. She is a contributing editor for The Atlantic Monthly. Her solo stage shows and multi-character plays have run at the Kennedy Center, the Geffen, off-Broadway, and at various other theaters and repertory companies around the country. During the early 2010’s she was named “one of the most influential comedians” by Variety. One of her short stories, “My Father’s Chinese Wives,” won a Pushcart Prize in 1996 and is featured in the Norton Anthology of Modern Literature. She also scored the music for the 1998 Oscar-winning documentary Breathing Lessons. 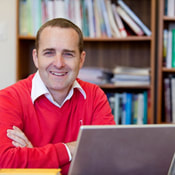 Jeremy Pal '88 - SCIENCE​
Jeremy Pal graduated from Samohi in 1988 and Santa Monica College in 1991. From there he transferred to Loyola Marymount University for his bachelor’s degree in Civil Engineering (where he is now a professor of the same subject), then shot straight to the top tier—MIT (Massachusetts Institute of Technology)—for his M.S. and Ph.D. in Civil and Environmental Engineering.

After his long, dedicated stint in higher education, Dr. Pal became a researcher for UNESCO International Centre for Theoretical Physics, an agency that operates under the United Nations with the mission of fostering the growth of research in developing nations. During that time he worked on the International Panel on Climate Changes, for which he ended up being one of the contributing researchers that shares credit for the 2007 Nobel Peace Prize with Vice President Al Gore.

Jeremy continues his work on climate change, particularly on the way greenhouse gases affect global temperatures, and co-authors studies with some of the brightest minds in the field from various universities and organizations around the world. But he credits his initial interest in the subject to a course he took at SMC, Human Ecology, that was taught by a part-time professor/part-time life guard.

​Ben Allen​​ '96 - POLITICS​
(Samohi Class of 1996)
Ben Allen has been representing our area as a California State Senator since 2014. He is chair of
the State Education Committee and Joint Committee on the Arts. He co-chairs the Environmental Caucus and is vice-chair of the Jewish Caucus, and is a member of the committees on Elections and Constitutional Amendments, Natural Resources and Water, and Transportation and Housing.

Senator Allen is a former board member and President of the Santa Monica-Malibu Unified School District and helped start the Los Angeles Spark Program, a nonprofit organization that connects at-risk middle school students with apprenticeships. While in law school, he served as a voting member of the University of California Board of Regents, and was a judicial clerk with the United Nations International Criminal Tribunal for Rwanda. He is a senior fellow with the international human rights organization Humanity in Action, an Aspen Institute-Rodel Fellow, a member of the Council on Foreign Relations, and a graduate of the Jewish Federation’s New Leaders Project. 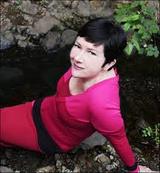 ​Jan Steckel '80 - LITERATURE, MEDICINE & ACTIVISM
Jan Steckel graduated from Samohi in 1980 and matriculated to Harvard, where she earned her B.A. in English literature with an emphasis on creative writing in 1983. Later she studied Golden Age Spanish Literature at Oxford University on a Henry Fellowship and then picked up her MD at Yale University School of Medicine in 1994. She specialized in pediatrics and became a Fellow of the American Academy of Pediatrics in 2000.

Steckel served in the Peace Corps in the Dominican Republic for a while and upon her return to the States, she cared for Spanish-speaking families in California at a county hospital and at a large HMO. And though she left medicine permanently in 2001, her experiences as a pediatrician continue to inform her work as an award-winning writer of poetry, fiction, and creative nonfiction. Being bilingual (Steckel is fluent in Spanish as well as English), having extensive medical training, and working in underserved communities has allowed her to tackle subjects that other writers aren’t always able to cover adequately.

Jan is also recognized as an activist in the bisexual community and an advocate on behalf of the disabled and the underprivileged.

Steckel has published over a hundred of her short stories, poems and nonfiction pieces in print and in online publications such as Scholastic Magazine, Yale Medicine, Red Rock Review, So to Speak, Redwood Coast Review, and Bellevue Literary Review. Beyond the prodigious numbers of awards she has received, her work has been widely reprinted and anthologized. Steckel’s writing has been nominated twice for Pushcart Prizes. 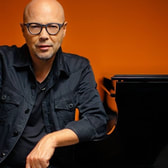 ​John Beasley​​ '77 - MUSIC
(Samohi Class of 1977)
John Beasley is a GRAMMY® and Emmy nominated pianist, composer, arranger, and producer whose career brims with accomplishments that bridge musical and visual media. He has backed such icons as Miles Davis, Herbie Hancock, Steely Dan, Al Jarreau, Chaka Khan, Sergio Mendes, Queen Latifah (and even, for one night, James Brown) and has composed for award-winning television programs such as Cheers, Fame, Family Ties, and Star Trek: The Next Generation. Beasley was even the lead arranger for the juggernaut reality show American Idol.

John started writing his own arrangements while still in junior high, when he caught the attention of the founder of the Monterey Jazz Festival, who recommended him for a scholarship at the Stan Kenton summer jazz camp. Immediately after high school, he headed for New York to immerse himself in the jazz scene but soon returned to Los Angeles to continue his career as a movie industry performer and composer. He has been involved in the scores of such films as Spectre, Skyfall, The Shawshank Redemption, The Best Exotic Marigold Hotel (I & II), Finding Nemo, Finding Dory, and Wall-E.

Beasley has also served as musical director for the Thelonious Monk Institute’s annual gala concerts since 2011 and has directed the organization’s concert broadcasts globally from Paris, Istanbul, Osaka, Cuba, and the White House.